An Interview with Laura Purdie Salas 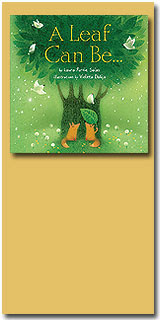 It may not be spring yet, but you can start thinking about it with a new book called A LEAF CAN BE (Millbrook) by poet and prolific nonfiction writer Laura Purdie Salas.  This verdant picture book illustrated by Violeta Dabija  captured my attention because I had a similar idea to write about leafy jobs, which I can now put aside, because I think Salas’s rendition will become a classroom classic. Being long-winded myself, I am fascinated by her ability to capture so much in so few words. Here is just a bit of the text:
A leaf is a leaf—
a bit of a tree.
But when cool days come chasing,
it can also be a...
Lake glider…
Wind rider…
Pile grower…
Hill glow-er…
Frost catcher…
Moth matcher.

So, I caught up with Laura and here is what she has to say about writing, poetry, nonfiction and more...
PT: When writing nonfiction, some people believe the more details and information the better, but poetry in some ways is just the opposite – simplicity is key. How do you maintain that balance?

LPS: You’re so right. I fight the impulse to stuff in too much information constantly. I want to share every single wonderful fact I learn! But then I would overwhelm and bore kids. To bring focus, I think about the one thing I really want the reader to leave with--a fact or question or feeling…but only one thing. And then I brutally cut what doesn’t help a kid get that one thing.

For A LEAF CAN BE…, the thought I want kids to leave with is: “Wow! I never knew leaves did all that stuff!” I think in many ways a nonfiction poem or rhyming nonfiction book can be a teaser for a certain topic, inspiring kids to want to know more about something in the future. But it has to be wonderful enough to stand on its own, too, even if the child never explores that topic further.


PT: Have you ever started a project in verse and found that prose worked better, or vice versa? If so, can you give an example?
LPS: Usually, I envision a project right from the start as a poem or a collection or a prose picture book. But sometimes I’m wrong. Usually that’s when I think I have a picture book idea, but it turns out I don’t have enough plot. Then I delete it from my “picture book ideas” list and move it to my “poem ideas” list. I tend to realize the problem in the thinking and planning stage, before I start actually writing. None of my published books have changed format that drastically, though STAMPEDE! POEMS TO CELEBRATE THE WILD SIDE OF SCHOOL did start out as a collection geared toward older elementary kids. (That story is here: http://www.childrensliteraturenetwork.org/magazine/bookscope/2012/stampede-poems-to-celebrate-the-wild-side-of-school/)


I did try rhyming nonfiction manuscripts for a few other ideas I want to write about before I hit on LEAF. But they just didn’t work. I tried one about how the layer of limestone near Mt. Everest’s peak used to be on the bottom of the sea. I love that story and have many prose nonfiction versions of it that have never sold. When I decided to write a rhyming nonfiction book, I thought that topic might have another chance. But the science and the vocabulary were too complex to make work in the simple rhyming framework I wanted to use. Darn!

Anytime it feels like the verse is becoming the point of the story, I know I’m in trouble. Plot and character (whether it’s fiction or nonfiction, in my opinion) are the keys. If the use of verse is overshadowing them or forcing them on a death march, I have to get rid of the rhyme. It hurts, but by the time I make that decision, the manuscript is usually so painfully bad that it’s a relief!

PT: In the idea stage, what comes first, poetry or facts? Or put another way, what happens first - do you say to yourself I want to write about leaves, or do you hear the cadence of “A leaf can be…” in your head, or is it some combination or alchemy of the two?

LPS: Great question. Almost always, for me, the facts, the topics, come first. When my brain sizzles from some amazing fact, I know I want to write about it in some way. For A LEAF CAN BE…, I knew I wanted to write a rhyming nonfiction picture book, and I went looking for topics. I came across a poem I had written about Honduran tent bats and how they use leaves. Then I started researching leaves and all the cool things they do. I didn’t start thinking of words and rhyme and meter, though, hearing phrases or rhythms in my head, until my head was stuffed full of amazing facts.

LPS: That’s a good question. I think they’re more open to it than straight poetry, that’s for sure! Young kids love rhyme, and they also love to learn things. So if you can mix those two things, I think you can make a book that really appeals to kids, parents, and teachers.


But…it’s not easy. For writers who would like to try it, I suggest reading a ton a great children’s poetry, both rhyming and non-rhyming. See Sylvia Vardell’s blog, Poetry for Children, and search for her Best Poetry Books of the Year for the past several years. That’s a great place to start. 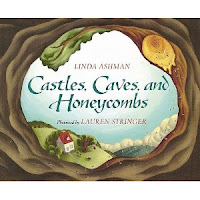 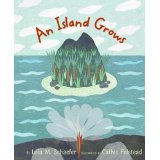 And, of course, get feedback. If you’re in a great critique group, use it to get honest opinions about how to improve your work. For people who can’t get everything they need from their crit groups, or who don’t have one, Lisa Bullard and I run Mentors for Rent (MentorsForRent.com), an hourly mentoring service for kids’/ya writers. We often work with writers on rhyming manuscripts—it’s a really tough format to get right.

PT: You are a prolific writer working with several publishers, and I was excited to see that you have written a guide for people who want to write for the educational market. What bit of advice would you offer someone who would like to break into that market?
LPS: Writing for the educational market is a big chunk of my writing life. I learn so much cool stuff about topics that I had no idea were so interesting: Mealworms? Snowmobiling? Charles Drew? None of these topics wowed me at first, but they sucked me in! And this market can provide a small, steady income and stream of publishing credits, which is also great.

Basically, getting work in this market is like job-hunting. You send out an introductory packet that includes a cover letter, possibly your resume, and some writing samples. You tell the editor why you would like to write for that publisher specifically, and you convince her that you are professional, hard-working, and congenial. And then you follow up every so often until you get your first (or next) assignment. I used to teach an online course in this, but then I put everything I knew about it into a print textbook (http://www.laurasalas.com/present/WCN_SG/desc.html). It’s not that difficult to approach editors, but it can be overwhelming if you don’t know where to start.
PT: Thank you, Laura, for the great advice and insight into your writing process.  Can't wait to see what comes next!
Posted by Peggy T at 4:00 AM