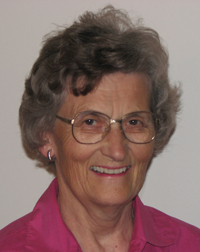 Explorers Robert Peary and Richard Byrd may be more famous, but the adventures of Donald MacMillan far surpassed both in longevity and passion. For 50 years MacMillan explored and researched the land and peoples of the eastern Arctic and Subarctic, and author Mary Morton Cowan details the most exciting bits in her newest book from Calkins Creek. Captain Mac: The Life of Donald Baxter MacMillan, Arctic Explorer reads like a novel finely woven with action and historical detail. The many archival photos and maps allows the reader to walk in Mac’s footsteps. 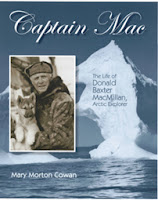 Captain Mac has been selected by the National Science Teachers’ Association as a recommended title and earned the 2010 National Outdoor Book Award as well as a 2010 Honor Book Award from the Society of School Librarians International.
Mary is the author of two previous books, Timberrr…A History of Logging in New England and Ice Country: One Boy's Adventure in the Arctic with Commander Donald MacMillan. I asked her recently what it was about Captain Mac that captured her attention so fully that she has written about him twice.
MMC: I have known about Donald MacMillan since I was a child. My family’s factory made sledges for him in 1913, and he and my grandfather were friends. My parents took me to one of MacMillan’s travelogues when I was seven or eight years old. I couldn’t forget his spectacular movies, which showed a fascinating world to the north. As soon as I started writing for children, I wanted to tell his story.
PT: What was it like going from a fictional story to a nonfiction biography on the same subject?

MMC: Both books are adventure stories. Writing ICE COUNTRY required a lot of research, to be sure. I had to be true to the times and the climate and setting, but my teen-age protagonist could act how I wanted him to. So could the other expedition members, for they were fictional too—except for Mac and his wife. When writing the biography, I had to double-check all my sources, making sure that I could document everything I wrote. In the biography, Captain Mac had to do exactly what MacMillan actually did. I couldn’t veer from the truth. And, in the biography, I couldn’t make up dialogue as I could in the fictional story. Luckily, Mac wrote a lot of letters, books, and diaries, from which I could quote.

MMC: It’s a good thing I like research—researching MacMillan spanned several years. It’s hard to actually count, because I wrote a lot of other material in between ICE COUNTRY and CAPTAIN MAC. The biggest challenge was the sheer amount of material. Mac lived a long life, wrote thousands of pages in diaries and journals and ship’s logs. And he wrote several books and scores of letters. I did a lot of reading and note-taking! The first day I gazed upon his diaries, I felt a thrill and a chill at the same time. This was HIS writing. Could I tell his story?

One unexpected challenge came when I resumed research for the biography after a number of years. The special collections library had computerized its filing system, and I couldn’t find some of the documents I had perused when researching ICE COUNTRY. Eventually, the librarians told me I uncovered all their computer entry errors! The biggest conflict involved the number of Captain Mac’s expeditions. In New England, and perhaps beyond, a myth pervades that he led 26 trips to the Arctic in his own schooner. It simply is not true. I checked and rechecked the dates of each expedition, and it didn’t add up. I even wrote a letter to the editor of my local newspaper when that myth was repeated again, and they wouldn’t publish my letter; they claimed it would be too hard to dispel the myth. In CAPTAIN MAC, I included a list of expeditions, so young readers can see for themselves.

PT: During your research did you discover any exceptional resources that you’d like to share with other nonfiction writers?

MMC: I always find interviews fascinating. MacMillan lived until 1970, and several people who sailed with him are still living. All were excited to talk with me about him. First I read all I could, then asked lots of questions, and found friends and family had wonderful anecdotes and insights into Mac’s personality.

Among MacMillan’s letters, I discovered a remarkable friendship Mac had with Matthew Henson, the African-American explorer who accompanied Robert Peary to the North Pole in 1909. MacMillan stood against public opinion and advocated for Henson on many occasions, not caring whether he was ridiculed for it or not. Letters between the two men show Henson’s appreciation and MacMillan’s sense of loyalty, his commitment to fairness, and his moral values.

PT: What was the timeline from spark to publication? Any challenges along the way?

MMC: I wrote an assignment about Mac when I was taking my first writing course nearly 30 years ago. Then, in 1993, after several years of research and writing, ICE COUNTRY was published. All the material went into the file drawer until six or seven years ago, when I decided to write the biography. Rewriting and revising took a great deal of time and was sometimes frustrating and challenging, but rewarding.

PT: I am always curious how other people stay organized. Are you a file by the pile person or neat & tidy?

MMC: I’d like to be neat and tidy, but my desk doesn’t seem to unclutter itself. Fortunately, I’m quite organized with my computer. I store everything on it, and arrange files so I can find them easily. When I can’t, the “search and find” feature works wonders.

PT: What can your fans look forward to next?

Visit Mary's Website -- http://www.marymortoncowan.com/
Posted by Peggy T at 12:30 AM