Ag in the Classroom - Advocates for Children's Books

Have you ever dreamed of having a group of people who would support and promote your books? Even go so far as purchase an entire first printing?  Well, you can – if you write a book that accurately portrays farming or ranching.  I discovered this when my book Farmer George Plants a Nation earned awards from several state Farm Bureaus, and then again when I attended the Writing About Agriculture Workshop at the HighlightsFoundation this past weekend.

Cris Peterson, dairy farmer and author of ten award-winning books about “the wonder of where food comes from” spoke with passion about the negative stereotypes that surround farming (think 'Green Acres') – “We’re the last great prejudice,” she says.  And she’s out to squelch those stereotypes with picture books like Century Farm, Seed Soil Sun, and Horse Power, the wonder of the Draft Horse. “It’s all about the wonder,” Cris says. She wants to create that “Wow, I didn’t know that!” reaction from her readers, so they feel connected to what they eat, wear, and use everyday. 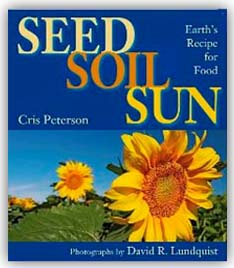 Ask the next child you see where their food comes from and they’ll probably say, “The grocery store.”  Campbell’s Soup conducted a survey and discovered that 54% of the people they asked thought soup came from a factory. It's cooked and canned there, but what about those ingredients?  The business of Agriculture – the growers (large and small), processors, distributors, researchers, and everyone involved wants kids and adults to know where food comes from and how it gets to their table.  It’s a pressing need in this high-tech digital world where the amount of farmable land is shrinking and the population keeps growing.

I confessed my farm-faux-pas-near-miss in Farmer George when I wrote ‘pushed the plow’. Fortunately, the gaff was caught before printing and we changed it to “guide the plow.”  It may seem like a silly thing to someone who has never tilled a field, but it’s serious business for those who have.  They’re tired of picture books that show farmers in overalls milking a cow by hand, or pigs wallowing in the mud. That was then, but high-tech dairies with rotating carousels, and clean pigs are now.

Leading the cheering section for great Ag books is Kevin Daugherty the Education Director at Illinois Agriculture in the Classroom.  He spoke with such enthusiasm about how he and his staff actively seek out books that portray Ag in a positive light, and when he finds one, he purchases it to give to teachers throughout the state, along with lesson plans, activities and so much more.  And it’s not just Illinois. Every state is eager for books that connect children to their food and fiber. The goal is to help educators teach writing, reading, science, history and math through agriculture. 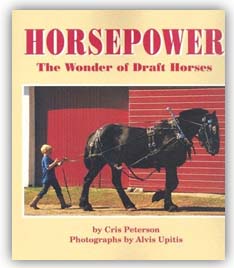 So, wondering what to write about? Think about agriculture and all of its possibilities. But -- Do your research whether it’s fiction or nonfiction, so you too, can have Kevin and all the folks like him support and promote your exciting, enlightening, and ACCURATE book about Agriculture.

Novels:
A Season of Gifts by Richard Peck
Little Joe by Sandra Neil Wallace
The Beef Princess of Practical County by Michelle Houts
Return to Sender by Julia Alvarez
Just Your Average Princess by Kristina Springer
Posted by Peggy T at 9:46 AM 2 comments: Links to this post

A Nod to Susan Kuklin's Blog post on Ethics in Nonfiction.

You might be interested in reading Susan Kuklin's blog post at INK about Ethics in Nonfiction.  It summarizes a panel that Susan sat on with Meghan McCarthy, Deborah Heiligman, and Sue Macy at the New York Public Library. I wish I had been there.
http://inkrethink.blogspot.com/2013/01/ethics-in-nonfiction-for-kids.html.


Posted by Peggy T at 8:11 AM No comments: Links to this post

Several months ago I had a critique with an editor who read the first ten pages of a mid-grade novel I had been working on for several years.  He could tell from my writing that I wasn't a beginner, but there was something about my writing that stopped him from loving it, even though he liked the concept. We talked a bit more and when I confessed that I was primarily a nonfiction writer, he said, "Ah, that explains it," and advised me to go right when my brain told me to go left.  My writing was too stiff, he said. I need to be freer, get out of my comfort zone, go wild.

I had nearly forgotten about that critique until I went to a workshop given by Andrea Page a fellow member of the Rochester Area Children's Writers and Illustrators.  Andrea was presenting "A Writing Workshop for the Right Brain."  Normally, this is the kind of program I would flee from because I've always believed that if you're going to write, then write. You don't need creative exercises.   But I went, partly because I didn't have choir, which normally occupies my Thursday evenings, and partly because I have to lead a workshop of my own in a few months and was curious how to handle writing assignments within a class setting.

I'm so glad I did.  Thanks Andrea. Because I realized that the reason  I have disliked free writing and seemingly nonsensical exercises is that I am more left-brained than I'd like to believe.  I prefer to write for a reason. I prefer to be more organized, which surprises me since I am the least organized nonfiction writer I know (just visit my office).  I suspect that most nonfiction writers are more left-brained than right-brained.  What do you think?

And if this is so, that is probably why I have more trouble writing fiction than my nonfiction. So, the big question is: can I ditch my dislike of free-writing and incorporate it into my daily routine (which doesn't exist) in an attempt to pull myself away from the gravitational pull of my left brain and fling myself toward my right hemisphere?  I will try.  I would love to someday zip back and forth across my corpus callosum (the part that connects the two halves, Sibby) and really go wild with my writing.

It might take a while. I'm not very disciplined. But stay tuned to see what happens.


Posted by Peggy T at 4:10 PM No comments: Links to this post