Too Quick to Propose

I have been working on a proposal for a book on Asian elephants, and made a newbie mistake.  I proposed my project too early.  In my eagerness to share all the amazing things that I learned while working with Thai elephants, I sent off an email proposal without a key bit of information.

I may have made more than one mistake, but the one that I noticed today was that I neglected to mention the existence of a book that could be considered competition to mine.  I don't think it is, but that really is the judgement call of the editor and whether or not a sales department feels that it could sell a book about elephants when two other books were published last year.  So, how do you judge those books and how to report that information to your would-be editor?

Well, the book that I forgot to mention in my proposal is all about one aspect of elephant life -- communication.  Although it does touch on intelligence, it is not a book about the intelligence of elephants.  Plus, the book focuses on African elephants, and only occasionally mentions Asian elephants.  Another mistake I made was not making the case strong enough in my proposal that Asian elephants are significantly more endangered than their African cousins, even though they are the species that inhabit almost every zoo in the World.  Asian elephants have a long history entwined with humans and that history is exactly why Asian elephants are often thought of as large domestic cattle.  But they are not.  Even today, most elephants that end up in captivity were caught from the dwindling wild population.  Once healthy adults were captured to work as logging elephants, but today, the most sought after are the babies to fuel the tourist trade.  And for every baby caught in the wild, there is a good chance that the mother, and several aunts were killed in the process.

Sorry for that rant -- but the point is, in my proposal I needed to make the point that a book about African elephants should not be looked at as competition to one on Asian elephants.  I shouldn't assume an editor would know that.  And neither should you.  So, next time you are proposing a new book, take your time and evaluate your competition.  Even though it may seem like you are giving an editor a reason to reject the project, you job is to present the market such as it is and then explain how your book is so different that they have no choice but to buy yours. 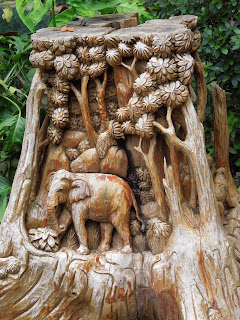