The only way to stay warm this winter is to wrap yourself up in a good story. That’s what Lafayette did during the long bitter winters of the American Revolution. His coat spent months aboard ship carefully wrapped in newspaper, which eventually stuck to the wool fibers. Rather than pull it all off, Lafayette wore the coat with its extra layer leading his frost-bitten troops in battle. 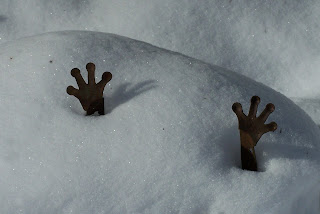 I’ve taken my cue from Lafayette whose motto was “Why not?” Although I have upgraded to a fuzzy blanket, I’m spending this freezing winter wrapped up in good stories. And Russell Freedman’s biography, Lafayette and the American Revolution is one of the best. As Freedman said, “A teenager who defies family and king, runs away from home, joins a revolution, fights courageously and helps found a nation. I’m always looking for a good story, and this one was hard to resist.”

It is hard to resist because Freedman writes it that way. Through his careful research, he picks out details that make Lafayette come alive -- like the wool coat and his personal motto. Freedman lets Lafayette tell his own story as much as possible with a text packed with quotes. And his descriptions put the reader beside the young Lafayette when he meets a much older Washington for the first time, and when they ride into battle at Yorktown.
Anyone eager to learn the art of nonfiction should put Russell Freedman at the top of their reading lists. I know I do.
Posted by Peggy T at 10:05 AM