Drowning in Jane Austen - an Interview with author Nancy I. Sanders 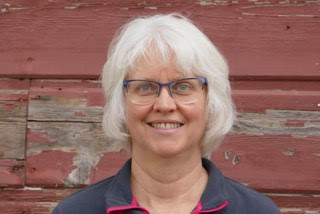 I have the great pleasure of sharing an interview with my friend and fellow NF Ninja Nancy I. Sanders, the bestselling and award-winning children’s author of 100+ books, as well as two wonderful how-to writer's guides that share the inside scoop on how to create a successful writing career like hers: Yes! You Can Learn How to Write Children’s Books, Get Them Published, and Build a Successful Writing Career  and Yes! You Can Learn How to Write Beginning Readers and Chapter Books. If you want more inspiration, check out her insightful blog posts at Blogzone. 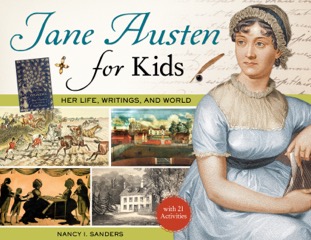 Nancy's newest title is Jane Austen for Kids published by Chicago Review Press. It's an exciting introduction to one of the most influential and best-loved novelists in English literature. Often compared to William Shakespeare, Austen’s genius was her cast of characters—so timeless and real that readers know them in their own families and neighborhoods today. Her book’s universal themes—love and hate, hope and disappointment, pride and prejudice, sense and sensibility—still tug at heartstrings today in cultures spanning the globe.

Jane Austen lived through some of the most important events in history—the American Revolution, the French Revolution, British expansion in India, and the Napoleonic Wars. She wrote about daily life in England as she knew it, growing up a clergyman’s daughter among the upper class of landowners, providing readers with a window into the soul of a lively, imaginative, and industrious woman in an age when most women were simply obscure shadows among society.

This book is much more than just a biography. Like all books in the For Kids series it contains 21 activities that immerse kids and adults in the Regency period. You'll learn to dance the Boulanger, play Whist, host a tea party, perform a theatrical and so much more. This is a great resource for any reader looking for the woman behind the words.

Today, on the 202nd anniversary of Jane Austen's death, I wanted Nancy to tell us a little about how she came to write about Jane and about her writing journey.


P: Why did you decide to write about Jane Austen?

N: As a teenager, I fell in love with Jane Austen when I read Pride and Prejudice. About 2 years ago I watched her novel adapted to movie, Persuasion, starring Amanda Root. That movie instantly became one of my favorite movies of all time. That evening, I devoured Jane Austen’s novel and started obsessing about reading all six of them (some of them for the first time).

I actually felt guilty drowning myself in Austen’s novels instead of doing my household chores and other daily commitments when suddenly a light bulb went off in my head. I could let myself obsess about Jane Austen and write my own biography about her too! So I landed a contract to write this book and for the last 2 years while I wrote this biography, I lived, breathed, and ate everything Jane. It was one of the most wonderful life experiences I’ve ever enjoyed.

P: What was a highlight of your journey?

N: The most memorable event was taking a Jane Austen tour with JASNA, the Jane Austen Society of North America. I got to walk in Jane’s footsteps and attend a gala celebration in England in honor of the 200th anniversary of her death. Also, meeting all the wonderful Janeites on this tour as well as at their annual meeting really has given me such a richer life and appreciation of Jane.

What do you hope to accomplish with your book?

N: Jane Austen was one of the greatest writers in English literature of all time. She was simply a genius. And she was a woman writing when women had few rights at all. I love introducing young people to such a fantastic writer as well as such an amazing woman. I hope they’ll find in her a great role model and also fall in love with her writing. In a world of cell phones and gaming and technology, I hope to inspire a new generation of young people to learn the joy of curling up in a comfy chair and losing yourself in a great book.

P: What word of advice do you have for other writers?

N: Sometimes we find ourselves obsessing about something. Instead of feeling guilty about it, turn it into a manuscript project. For example, are you bitten by a home-decorating bug? Write a book about it! Do you love the cooking shows? Write a biography about your favorite celebrity chef! Really dive into what you’re passionate about and turn it into a book project.

Thank you, Nancy! (and thank you, Jane)

Today, my blog is over at Nonfiction Ninjas 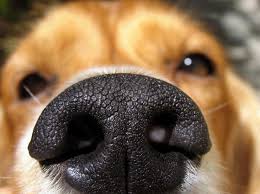 It's all about sniffing out sensory details that make narrative nonfiction so inviting.
Check it out.

But come back on Thursday to remember
Jane Austen with author Nancy I. Sanders