Washington as a Scientist

Ask students what it means to be a scientist. Make a list of the qualifications of a scientist as they understand it. They might say, “Conducting experiments, going to college, being smart…” Write them all done.

Science is a way to acquire knowledge through observation and experimentation. The classic scientific method includes Observation/Research, Hypothesis, Prediction, Experimentation, and Conclusion.

Now ask if George Washington was a scientist. Reread the passages on page 11. Make a list of the ‘sciencey’ things he did.

He made observations and recorded them. He kept a daily diary where he noted the weather, what was happening on his farm, and what occurred in each test plot. Let the students see some of George’s original observations (see below).

Are we sure that he stated a clear hypothesis? — He asked a question - What fertilizer works best?

In a way, he predicted that the best fertilizer would be among the handful of manures and other composted material that he chose to observe.

And he experimented –Washington used ten boxes of similar size, the same number of seeds and a single variable -- the fertilizer. Locate in his diary, Monday, April 14, 1760., to read the full description of the quote I used on page 11 in FG.

What was George’s purpose in doing these experiments? And what did he do with the knowledge he learned? Why? 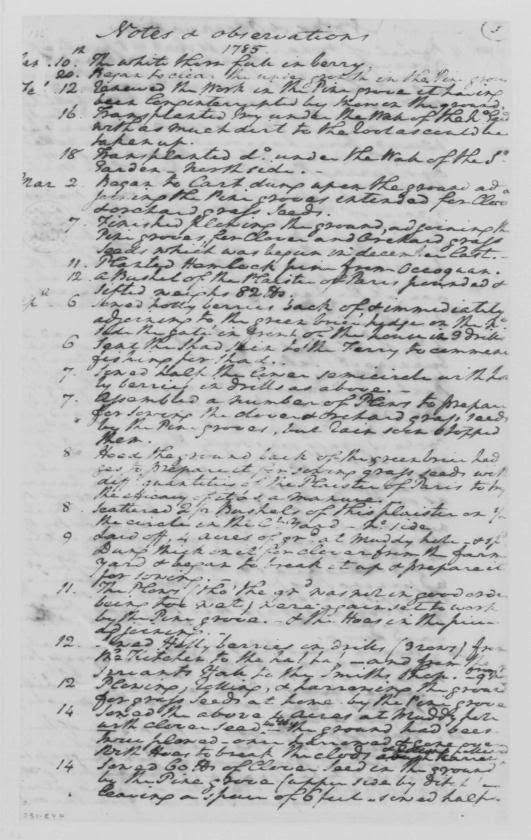 Posted by Peggy T at 4:46 PM No comments: Links to this post

Each week in February, I will post a new lesson that can be used with Farmer George Plants a Nation.  This week it is all about  Mapping Mount Vernon.

MAPPING MOUNT VERNON:
On the end papers of Farmer George, is a map of Mount Vernon that Washington drew in 1793. Compare that to the map he create twenty-seven years earlier in 1766. How do the two maps compare? Locate a modern map of the area. What differences do you see?  What features have remained unchanged?  Discuss how maps show changes over time, and the kinds of information you can learn from a map. 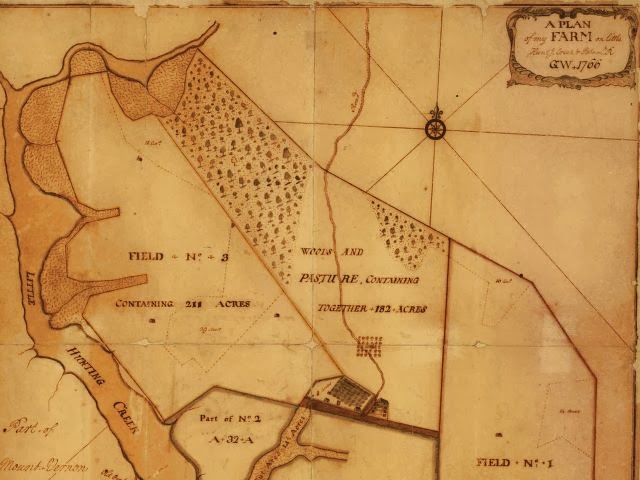 L
Posted by Peggy T at 2:35 PM No comments: Links to this post